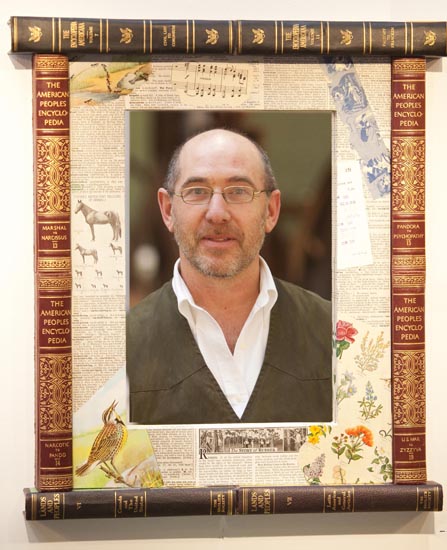 Jim Rosenau was raised in a house with 5,000 books. He has been making and selling thematic furniture from vintage books since 2002. The idea occurred to him years earlier after reading an essay, “Books As Furniture,” by Nicholson Baker. Given his background as the son and grandson of publishers, he assumed the reaction, should he make such a thing, would be furious. The work, once underway, proved him wrong.

His book furniture has since earned him a wide following with work sold in almost 50 states and countries. Primarily shown at closely juried shows, he is also represented by dealers from Vermont to Los Angeles. The work has been widely published in print and on the Internet.

Previously, he has been a carpenter, comedy writer (with Charlie Varon), editor, software developer, planning commissioner and designed and built parade floats. His writing has been published in Fine Homebuilding, The New Yorker, ReadyMade, Salon.com and heard on public radio. He lives and works in Berkeley, California. 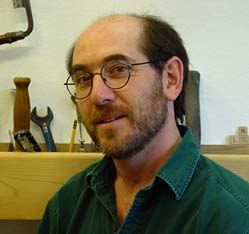 Salon Challenge w/ Charlie Varon, created a series of creativity contests. Our Haiku Error Messages contest, spread virally by e-mail and gained unintended credibility, eventually making their way into the Microsoft trial, read in to the record by Judge Jackson.

Quilt Naming: Dart Vance’s quilt features a portrait of every US president. “Sleeping with the Presidents” met with her immediate approval.

The Periodic Table of the Hardware, a poster-sized compendium of the implements, ReadyMade, Issue #2.

Bad Behavior has blocked 744 access attempts in the last 7 days.